Share unforgettable moments caught by smanos cameras, and get a chance to win more smanos goodies!

Video entries submitted before or after the Contest Period will not be eligible.

Legal residents of the UK, USA and Canada who are at least eighteen (18) years of age at the time of entry (or the legal age of majority in their respective country/state/province). Multiple entries from the same contestant are welcome.

Extract memorable video clip(s) – caught by your smanos IP6 camera – from your smartphone or IP6 microSD memory card, and share them with #GetSmanos on smanos’ official Facebookpage via private messaging, or Twitter by tagging @GetSmanos. Follow the posts and tweets, and we will select 5 winners at the end of the contest. 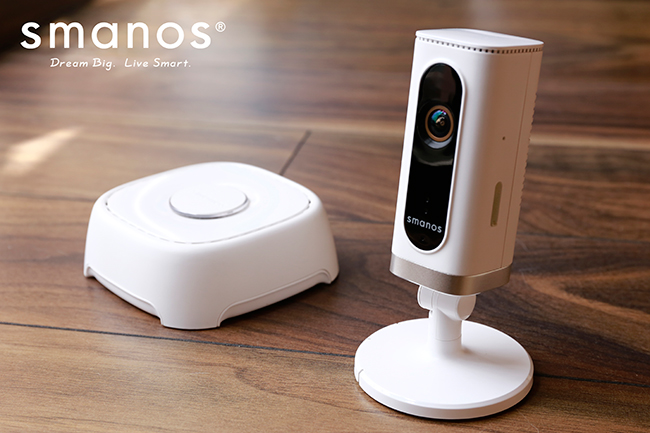 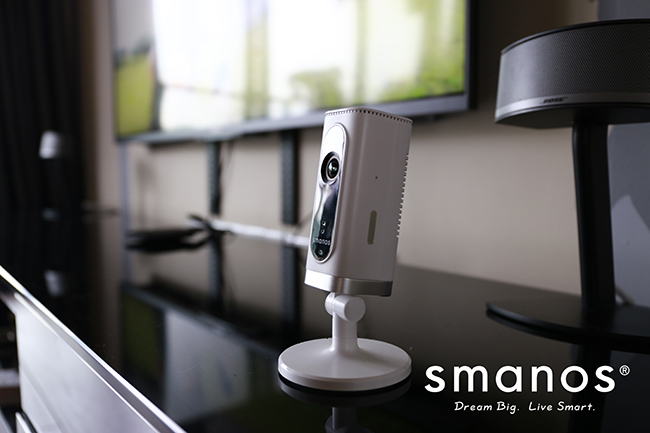 Entries that: (a) contain defamatory statements; (b) include threats to any person, place, business, or group; (c)depict any risky behavior; (d) contain obscene, provocative, or otherwise questionable content; (e) or have been entered in any other promotion orpublished or distributed in any other media are prohibited. Entries may notinfringe or violate third party rights, including, copyrights, trademark rights, or rights of privacy and publicity, or contain any third party trademarks or logos (except those of smanos).

By entering the Contest, entrants warrant and represent that (a) the entry is an original work created by the entrant solely for entry in the Contest; (b) the entrant owns all rights to theentry; (c) all individuals appearing or heard in the entry have given their written permission to be featured and to grant the rights to smanos described in the “smanos’ Rights to Entries” section below, and the entrant can make written copies of such permission(s) available to smanos upon request; and (d) the entry complies with all requirements of these Official Rules.

By entering the Contest, entrants (a) irrevocably grant smanos, its agents, licensees, and assigns the unconditional and perpetual (non-exclusive) right and permission to copyright,reproduce, encode, store, copy, transmit, publish, post, broadcast, display,publicly perform, adapt, modify, create derivative works of, exhibit, and otherwise use the entry as-is or as-edited (with or without using the entrant’sname) in any media throughout the world for any purpose, without limitation,and without additional review, compensation, or approval from the entrant orany other party; (b) forever waive any rights of copyrights, trademark rights,privacy rights, and any other legal or moral rights that may preclude smanos’use of the entry, or require further permission for smanos to use the entry;and (c) agree not to instigate, support, maintain, or authorize any action,claim, or lawsuit against smanos on the grounds that any use of the Entry, or any derivative works, infringes any of the entrant’s rights as creator of the entry, including, without limitation, copyrights, trademark rights, and moral rights.

The information that you provide inconnection with the Contest may be used for smanos’ internal purposes and to send you information about smanos’ products and special promotions but will notbe provided to other third parties, except as necessary for the administrationof the Contest, or as required by law or legal process. Entry constitutes consent to smanos’ use of the entrant’s name (if in the Entry), likeness,voice, opinions, biographical information, social media handle, and state of residence for purposes of advertising and promotion in any media without further compensation or consideration unless prohibited by law.

By participating in the Contest,entrants agree to release and hold harmless smanos, its parent, subsidiaries,affiliates, advertising and promotion agencies, other companies associated with the Contest (including any third party social media site such as Facebook,Twitter, Instagram or YouTube), and each of their respective officers, directors,employees, shareholders, representatives, and agents (the “Released Parties”)from and against any claim or cause of action arising out of participation in the Contest or receipt or use of the prize (including any travel or activity related thereto), including, but not limited to (a) any technical errors related to computers, servers, providers, or telephone or network lines; (b) unauthorized human intervention in the Contest; (c) printing or typographical errors; (d) lost, late, postage-due, misdirected, or undeliverable mail; (e)any other errors or problems in connection with the Contest, including, without limitation, errors that may occur in the administration of the Contest or theprocessing of entries; or (f) injury or damage to persons or property. Entrant further agrees that in any cause of action, the Released Parties’ liability will be limited to the announced prizes, and in no event shall the entrant be entitled to receive attorneys’ fees. Entrant waives the right to claim any damages whatsoever, including, but not limited to, punitive, consequential,direct, or indirect damages.

In the event that the operation,security, or administration of the Contest is impaired in any way for any reason, including, but not limited to fraud, virus, bug, worm, unauthorized human intervention or other technical problem, or in the event the Contest is unable to run as planned for any other reason, as determined by smanos in its sole discretion, smanos may, in its sole discretion, either (a) suspend the Contestto address the impairment and then resume the Contest in a manner that best conforms to the spirit of these Official Rules; or (b) terminate the Contest and award the prize at random from among the eligible, non-suspect entries received up to the time of the impairment. smanos reserves the right in its sole discretion to disqualify any individual it finds to be tampering with theentry process or the operation of the Contest or to be acting in violation of these Official Rules or in an unsportsmanlike or disruptive manner. Any attempt by any person to damage the website or undermine the legitimate operation ofthe Contest may be a violation of criminal and civil law, and, should such anattempt be made, smanos reserves the right to seek damages (including attorneys’ fees) and any other remedies from any such person to the fullest extent permitted by law. Failure by smanos to enforce any provision of these Official Rules shall not constitute a waiver of that provision. In the event ofa dispute as to the owner of an online entry, the authorized account holder ofthe email address used to enter, or associated with the social media account used to enter, will be deemed the entrant.

Except where prohibited, Entrant agrees that any and all disputes, claims, and causes of action arising out of,or connected with, the Contest or any prize awarded shall be resolved individually, without resorting to any form of class action, and exclusively by the appropriate court located in Texas. All issues and questions concerning theconstruction, validity, interpretation, and enforceability of these Official Rules, entrants’ rights and obligations, or the rights and obligations of smanosin connection with the Contest, shall be governed by, and construed in accordance with, the laws of Texas, without giving effect to any choice of lawor conflict of law rules (whether of Texas or any other jurisdiction), which would cause the application of the laws of any jurisdiction other than Texas.