smanos is a brand new name in the smart home world. The company say they are rapidly expanding their global footprint, with products and systems R&D’d in Fuzhou and Taipei, designed and engineered in Amsterdam and manufactured in Shenzhen.

The company has an interesting range of smart home alarm systems available for the UK and Europe including the W100 dual network WiFi / PSTN alarm controller pictured above.

The system features a touch panel and communicates with its detectors and sensors via proprietary 868MHz. It is controlled via an iOS or Android app and when an alarm is triggered, up to six phone numbers can be preprogrammed for emergency notifications via a call or a push message.

The PSTN connection is the primary line of defence. If an alarm is triggered, the system dials out to preprogrammed numbers for appropriate response; authorized numbers can also dial in for necessary setup changes. The WiFi connection is IEEE802.11b/g compatible and works as backup. If an alarm is triggered and the landline is compromised, the system can still send out alerts and accept smartphone app commands. Dual networks, double the security.

In addition smanos is several other security based products including the X300 GSM/SMS Alarm System. The X300 is a fashionably designed, functionally powerful, intuitively operable alarm system that works with any regular SIM card with credit. Remote system control can be done via SMS text messages or smartphone app commands.

We asked Brian Borghardt, General Manager of smanos Europe for an indication of retail prices and an idea of when they’ll be available in the UK. He told us: 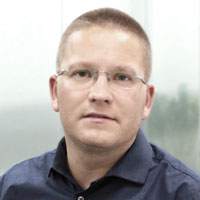 ” Kit prices range from 79 to 329 Euros. Our sole distributor in the UK, Response Electronics, is in final talks with quite a few retailers and DIY stores (including Maplin and Argos, just to name a couple), and the smanos line will be ready for the UK market during the summer holidays, before the back-to-school sales season.”

smanos is a new name but it certainly seems like one to keep an eye on for the future.

In the picturesque outskirts of Amsterdam (Hoofddorp) came about the inception of smart home technology brand, smanos, in 2013. Harnessing cutting-edge design concepts and ergonomics, smanos brings the ultimate simplicity in smart home and smart security user experience to households and SOHO users worldwide. Delivering more than just a sense of security, smanos also ensures user-definable comfort and convenience, along with mobile accessibility. In its pursuit for perfection in human-centric research and design, smanos will continue to wow you by putting the smarts of smart home and smart security directly in your hands. Dream big and live smart with smanos now!